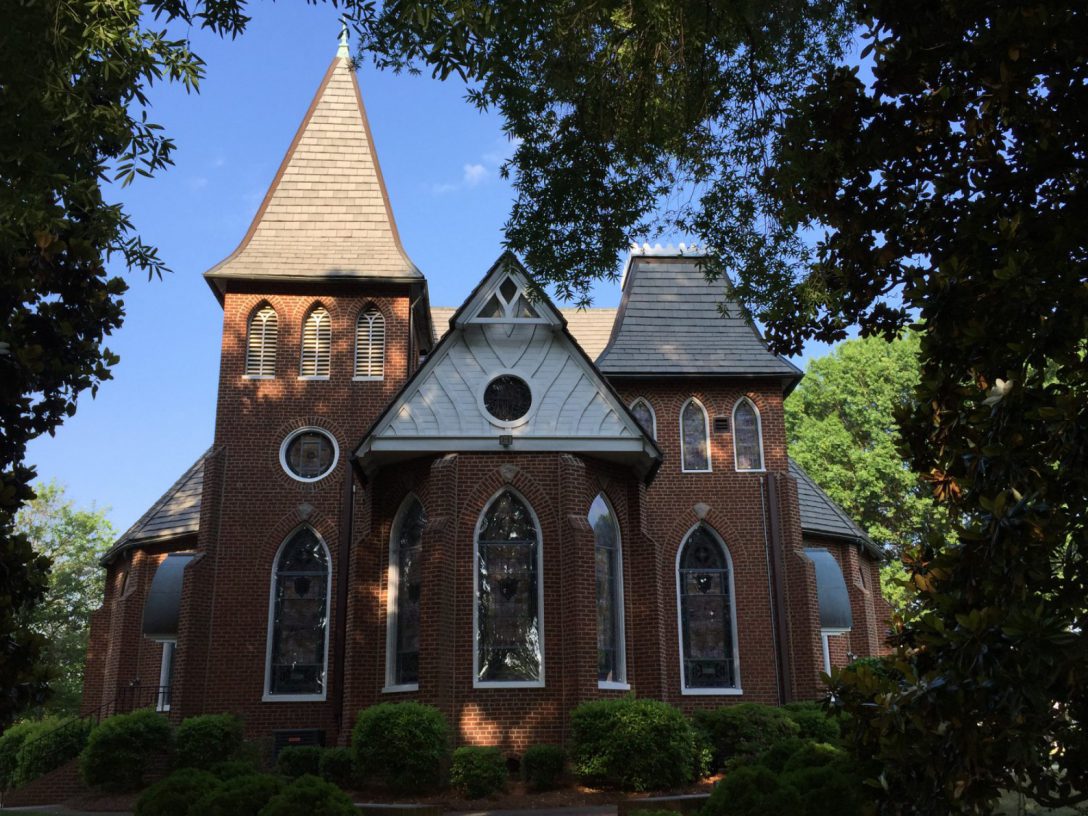 In the late 1800’s the area of “west” Salem was “on the very edge of civilization” according to the Moravian Archives. West Salem was also a fast growing area with a number of Moravians settling there, and it was thought perhaps a Sunday school and chapel were needed. In 1891 George Brietz and Maria Vogler, members of Home Moravian Church, made a survey of the community and found over 30 children interested in attending Sunday school. So a small building was constructed as an “experiment.” The chapel consisted of two rooms and seated around 150 people. The 20 x 50 foot building was located in the general area of our present parsonage at the corner of Academy and Green Streets. The building was completed on March 18, 1892. Christ Chapel, or the West Salem Chapel as it was known as in the early days was dedicated on April 9, 1893 and the Scripture readings that day from the Daily Text were:

I will make an everlasting covenant with them, that I will not turn from them. (Jeremiah 32:40)

As ye have therefore received Christ Jesus the Lord, so walk ye in him. (Colossians 2:6)

Brother John McCuioston led services in its early years and they were held on Saturday evenings with the Sunday school gatherings taking place of course on Sundays. Sunday school officially started on Palm Sunday, March 26, 1893 with 56 scholars and 7 teachers present. The experiment of “Christ Chapel” proved to be a success and barely two years later, on July 21, 1895, the cornerstone was laid for a large new sanctuary.

Here is a list of the articles placed in the cornerstone:

Howard Rondthaler, the son of Bishop Edward Rondthaler was called as Christ Church’s first pastor on July 1, 1896, and the new sanctuary was dedicated on July 18, 1896. Formal organization of Christ Church as a branch of Salem Congregation followed on October 25, 1896.